Directed by Mark Rydell
Script by Michael Cimino (uncredited) & Bo Goldman, based on a story by Bill Kerby
125 mins 1979

Country of finance: US
Nationality of director: US 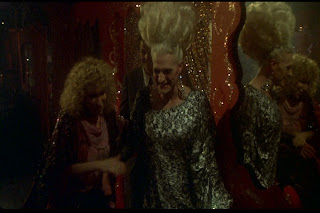 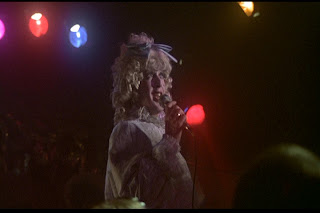 This is Bette Midler’s first real film. She had first made her name singing at the gay Continental Baths in New York. She went on to become a big star as a singer and actor.

Alan Bates is a distinguished English actor who started in the 1950s. He was awarded a CBE in 1996. In The Rose he does not attempt a US accent. He has never played a drag or transgendered role. 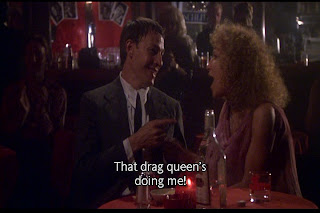 For Kenny Sacha this was his first film. In the next five years he did Bette Midler impersonators in the television shows Madame’s Place and Simon & Simon, and and was a female impersonator in Miss Lonelyhearts, 1983. After that he played a few male roles, but died in 1992 of AIDS. 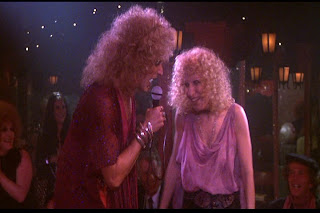 Sylvester is Sylvester James, who was The Cockettes in the early 1970s, and went on to become a famous disco singer. His biggest hit was "You Make Me Feel (Mighty Real)". He died in 1988. He contined doing drag until the end.

Claude Sacha appeared in only this film. One wonders if he is Kenny Sacha’s brother?

Michael St Laurent appeared in only this film. One wonders if he is part of the St Laurent voguing house featured in Paris is Burning 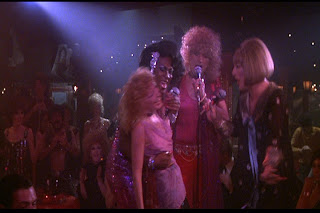 The crowd in the gay bar does not look gay.

There are 6 drag queens/performers in the club, but only 5 are credited.

When the emcee removes his dress, he is wearing a white tuxedo underneath. However when he was in the dress we do not see trousers underneath, and he is not shown rolling down the legs.

I don't think that the club where the impersonators were performing was a *gay bar*. It was more or less based on a popular club in NYC at the time called *Club 82* that played to a very mixed clientele that included many straight tourists.

claude and kenny are the same person. claude sacha was a stage name he worked under. i worked on a production of "french dressing" in Jax.Fl. in 1976. Kenny was the main attraction, doing both Bette Midler and Barbra Streisand. It was a blast.
RIP all you beautiful people from the days before we knew.

Looking for a video clip of this scene. Loved it.