Bert was an FBI agent from Minnesota. He joined the FBI in 1935 to fight Nazi spies.

When FBI Director J. Edgar Hoover saw him he was re-assigned as a special agent en femme using the name Bettina.

Hoover kept him from quitting by a mixture of promises and intimidation. He even had Horgson’s legal identity changed to ‘female’, so that it would be illegal for him to wear men’s clothes. Hoover gave orders that after his own death, Horgson was to be confined to a high-security nursing home as a national security risk.

Cecil Walter Hardy Beaton was the son of a prosperous timber merchant. He was educated at Harrow and Cambridge, where he read history, art and architecture but left without a degree.

The first photograph that he sold was of the Shakespearean scholar, George Rylands, in drag as the Duchess of Malfi. It was published in Vogue. Beaton worked regularly for Vogue from 1927 in addition to having his own studio. He became known for his fashion, society and royalty photographs. 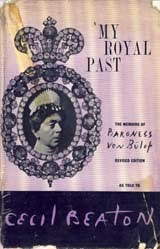 In 1934 Gerald Berniers, under the name Adela Quebec, published his spoof novel, The Girls of Radcliff Hall, which featured himself, Beaton and others as lesbian schoolgirls at an institution named after the famous writer. Beaton attempted to have all the copies destroyed and it became a very rare book until reprinted in 2000.

Five years later Beaton published his own spoof of the memoirs by minor royals that were popular at the time. My Royal Past, By Baroness von Bulop as told to Cecil Beaton features photographs of Beaton and some of his friends crossdressed as the characters in the book.

During the war Beaton worked for the Ministry of Information. Later he photographed many Hollywood and Broadway stars. He expanded into set and costume design for both stage and film, and won Oscars for the costumes in Gigi, 1958 and My Fair Lady, 1964. He was an influence on photographers Angus McBean and David Bailey. He had affairs with Gary Cooper and Greta Garbo.

He was knighted in 1972, and two years later was paralysed on the right side of his body after a stroke. He died in his sleep at age 76.

at a theatrical garden party in the late 1920s. 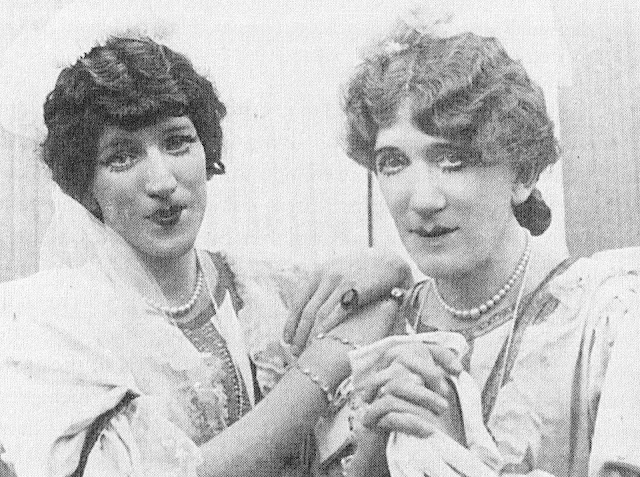