Doris was a fictitious amorphous character who turned up at various Gay Liberation Front events in and around London in the early seventies.

Sometimes she was the prudish heterosexual, sometimes an auntie with gay relatives. She was an agony aunt for the GLF paper Come Together, and she wrote shocked letters to newspapers.

She was even once played by a woman, to open a gay jumble sale in Nottingham in 1975.

Country of finance: US
Nationality of director: US
Location of story: Peacock, Nebraska
Filming location: Iowa

*** This review may contain spoilers *** 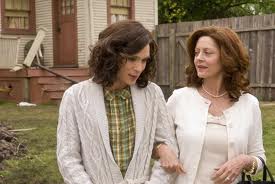 John has a low-level job in a bank in small-town Nebraska.  Every morning Emma, whom no-one in town has met, makes his breakfast, does the washing and leaves him a note re shopping.  John keeps a tin box under the outside stairs so that Emma will not know about his savings account and his sports cards.  The room of the recently deceased Mrs Skillpa has been left untouched.  Only a few minutes into the film we find out that John and Emma share the same body.  One day a train caboose slips off the tracks and ends up in the Skillpa back yard as Emma is putting out the washing.  This results in others meeting Emma.  The local mayor wishes to use the derailment for political advantage.  Emma is pleased to let him,  John is antagonistic.  Maggie comes by to ask why there have been no cheques since Mrs Skillpa, John’s mother, died.  Emma drives her home and finds out that Maggie’s son was fathered by John – an attempt by Mrs Skillpa to make a man out of her son.  Fanny Krill attempts to recruit Emma for her work at the women’s shelter, which results in John missing time at work.  John attempts to run from Emma and the memory of his mother, and takes a room at the local motel.  However when he opens the overnight bag that he has brought, he finds the dress and wig that define Emma.  Emma decides to kill off John.  She picks up a man, takes him the the motel room, kills him, dresses him in John’s suit and sets the room on fire.

This is the first and so far only film by Michael Lander.

This is the first and so far only film written by Ryan O Roy.

Cillian Murphy is an Irish actor of growing note who has played cis male parts in 28 Days Later, Girl with a Pearl Earring, Cold Mountain, The Wind that Shakes the Barley, Batman and Inception.  He also played a trans woman, the lead character Kitten Braden, in Neil Jordan’s Breakfast on Pluto – in fact Cillian lobbied Neil for several years to make the film.

Susan Sarandon, of course, was Janet in the Rocky Horror Picture Show.  She has been acting since 1969, has been in loads and loads of movies, and if she were British would probably be a Dame.

Ellen Page is an up and coming young actress.

Keith Carradine is part of the Carradine acting dynasty, has also been in loads of movies, is especially noted for his roles in Robert Altman and Alan Rudolph films.

In the same way that most films made in Toronto or Vancouver are claimed to be set south of the border,  Peacock is filmed in Iowa, but claims to be set in Nebraska.

The when of the film is left vague, but as no-one has a television, it must be set in the early 1950s.  Although the women’s shelter and the feminist orientation of Fanny Frill do seem to be a bit anachronistic re this assumption.

John has obvious beard stubble, while Emma does not.  Emma is not shown dealing with this.

Nobody comments on how similar looking Emma is to John.

Whilst being a much better film than most of the rubbish that plays the multiplexes, Peacock was not released to either the festival or to the art-house circuit.  The film was delayed for over a year after completion and then went straight to DVD.

A few minutes into the film we watch as Emma undresses to transform into John and we see that she wears male underwear.  This is unusual for a transvestite.

John and Emma are both ignorant of what the other does.  This is a symptom of multiple personality.  The shrinks equivocate about whether one can be both trans and multiple.  The DSM has said that to be transsexual, one must not have any (other) psychiatric condition.   Other shrinks talk about co-morbidity.  Both of these positions of course make the unreasonable assumption that being trans is in itself a psychiatric condition.

It is difficult to watch this reacting as if John is a real-world transvestite.  Some of the life options are real on this reading, but they do not stay so.

The ghost behind the screenplay is obviously Psycho’s Norman Bates.  Both John and Norman are dominated by their dead mothers.

Another film that is echoed in Roman Polanski’s The Tenant, where the personality of the previous tenant of the room takes over Trelkovky’s body and life.

The film is not about choice, about deciding who you are and taking steps to be yourself.   It is about an other that takes you over, and even kills the original.

There is another ghost behind the screenplay, one that Lander and Roy may not have heard of.  The recurring voice of the dead mother constitutes an introjection.  Remember how Sanda Davis explained how introjections can take you over, and that transsexuality can and should be treated and cured as an introjection. But apart from me and three other people, nobody has read Sanda Davis.  I think that Davis owes much more to Psycho than Peacock owes to Sanda Davis.

As I said about Norman Bates, John/Emma is not like any other transvestite that you may have met. 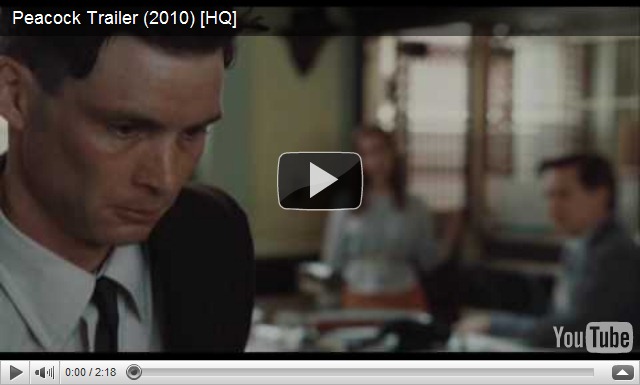 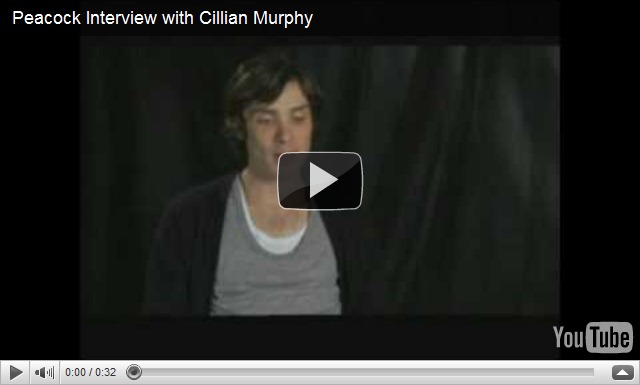