Script by Scott Reynolds, based on the novel by Chad Taylor 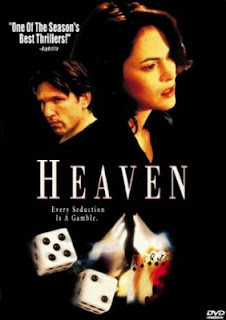 Robert and Jennifer Marling are a US couple, living in New Zealand, who have now separated because of his gambling addiction and her greed. Robert is a down-and-out architect with only one client, Stanner, the crooked owner of the nightclub, Paradise. The star turn at Paradise is Heaven, a former street transy whom Stanner has employed in his nightclub. This is partly, perhaps mainly, because Heaven (no other name is given for her) is psychic, and gives him hints of what to play in poker. Heaven also s 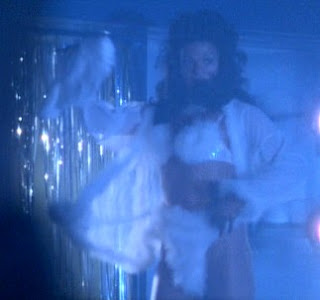 ees images of a coming slaughter. Both Robert and Heaven are seeing the same psychiatrist, Dr Melrose, who just happens to be having an affair with Jennifer, and tells her that Robert is coming into money, because Heaven has foreseen it. After Heaven rescues Robert after he had been robbed while drunk, she adopts him giving the poker advice that she had previously given to Stanner, because she has seen that he will rescue her from a much worse situation. Heaven’s friend Sweeper works as doorman/bouncer at the club, until he is fired for refusing entry to two obvious thugs (whom Stanner employs to burn down the club). The two thugs make a pass at Heaven, and chase her, but end up being the ones who rob Robert. Heaven steals Stanner’s money and flees to Robert. Stanner gets it back and kidnaps her and ties her up. The two thugs murder Stanner and all the other club dancers, but kidnap Heaven to rape her. Robert interrupts the rape, but is being defeated by the thugs when Sweeper saves him and Heaven. Heaven and Sweeper take the money, give some of it to Robert, and then go off together.

New Zealanders, of course, drive on the left. Jennifer and Melrose both have cars with the driving wheel on the left (to drive on the right). Perhaps Jennifer brought hers from the States when she immigrated.

Paradise is a girly bar that attracts a male clientele. One would expect that the dancers would strip. But they don’t seem to.

Of course a real-life trans woman was not offered the part of Heaven. Nor is it made clear that she is in transition. However it is clear that she lives female full time.

Dr Melrose makes a pass at her, and then rejects her as ‘disgusting’. This is acceptable as it is part of establishing that he is a creep.

The two thugs early on chase Heaven presumably with the intention of rape. When they burn down the club, they murder all the cis women, and take only Heaven away and start raping her (until she is rescued). There is no scene where they discover that she has an optional extra, so presumably they knew before that she is a trans woman. It is unlikely that two criminal partners are both transy-chasers. This aspect is not developed in the script.

The film is non-linear to cope with Heaven’s psychic abilities. Until the end we do not really know what happened earlier.

Who is Danny Edwards?

Edwards is a British actor. Here is his IMDB page. He played a drag queen in La Lengua asesina, 1996, and then Sherrie, a transy hooker in the Granada Television series Gold/Band of Gold, 1997-8.

After Heaven, he has been playing blokey parts. Perhaps he thinks that he is getting too old to play transy parts unless he takes hormones.

Many films with transsexuals are unrealistic in that the trans woman is just too beautiful. Edward’s Heaven is plausible. She is pretty enough to work in a sleazy nightclub, but no more so than an average woman.

*not the US golfer, nor the sculptor, nor the Port Vale footballer, nor the NASCAR racer.

Who is Scott Reynolds?

Reynolds is a New Zealand film director who has made four films. He has attracted some good reviews. Here is his IMDB page.

At the end, Heaven still has the stolen money (minus the portion that she gives to Robert) and goes off with Sweeper who turns out to love her.

She gets the money and the man. 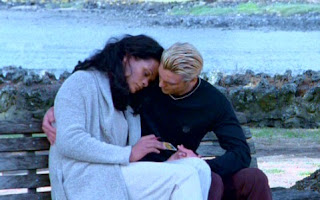