R.D. Blackmore (1825 –1900) was one of the most famous English novelists in the second half of the nineteenth century, but since then his work has been largely forgotten except for Lorna Doone, 1869. 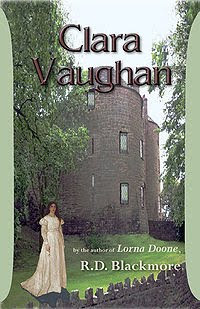 His first novel 'Clara Vaughan' was written in 1853 and published anonymously in 1864. The narrator is female and the Saturday Review, as part of an obsession of the period, was convinced that it had detected a female writer masquerading as a man.


'Another decided feature by which our lady novelists are wont to betray the secret of their authorship is the characteristic mode in which they unconsciously make sport of the simplest principles of physics, and of the most elementary rules or usages of the law.'

Some reviewers believed that the novel had been written by Mary Elizabeth Braddon who was popular at the time.

A male writer using the voice of a woman is an example of Narrative Transvestity or cross-writing.   It is sometimes referred to as Appropriation of Voice.

This example shows that attempts to detect the gender of a writer by style and by knowledge exhibited by the author/protagonist can lead to wrong conclusions.
Posted by Zagria at 23:13